Colin’s journey through darkness helped him find his brightest light

Finding the strength to talk about his struggles and go on to tell his story has enabled Colin, not only to help himself, but set him on his mission to help others through the creation of his very own App; DEpressON

Here’s Colin’s story in his own words… 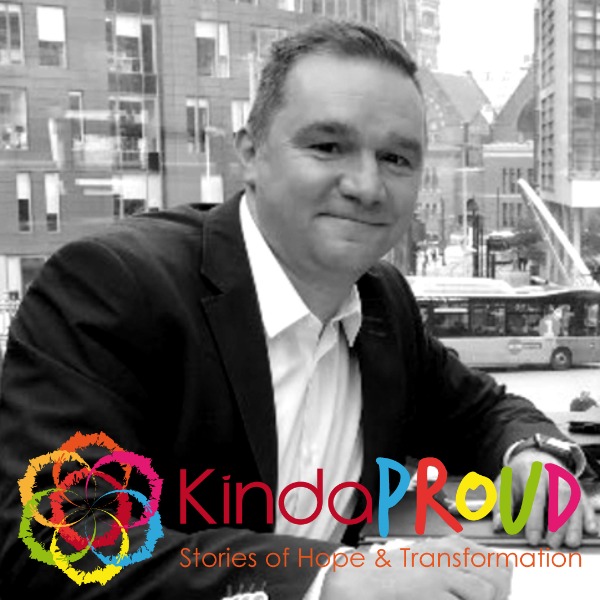 It was the 21st of June 2016, around 12pm,  I had been struggling with depression and anxiety badly for the last few months, and had begun to lose hope, each day was getting harder and harder, I was losing control, and everything seemed like it was falling apart around me. Then, one day on my lunch break at work I had to cross a motorway bridge to get my lunch, halfway across that bridge I stopped, and decided to end all of the pain,

As I stood and looked down on the motorway below me, I started to watch all of the cars passing under the bridge I was stood on. For some reason, as I was crossing the motorway bridge, I’d suddenly stopped, just over half way to look over, I’d now been stood there for a good few minutes, as I watched the traffic go by, I’d started to think of the people in those cars, I’d started to think about how their lives probably had meaning, they were happy and they were enjoying their lives, they were going somewhere today and were looking forward to getting to their destination, wherever that was. I started to think about my life, or what had become of it at least. I tried to think about; where was I going? Where was my destination? Where had my happiness gone? Why did I no longer feel like I had a purpose? I thought about my family and friends trying to convince me I did have a reason to live, but that suddenly turned into the thought of how much I’d let them down, how much of a failure I was. They had offered support when I’d first been diagnosed with my depression, and even though I’d chosen to fight this battle on my own, I remembered the words I’d used to tell my wife I’d be ok when she offered her support. “It’s in my head and I am the strongest person I know. I will sort it out”.  I thought I’d coped quite well but the last few weeks I’d felt myself falling, and I didn’t want to tell people I needed help, that would just make me look weak. I continued to watch the traffic as people walked past me on the bridge. My head at this point felt like it couldn’t cope with processing all the thoughts that were overloading it, and I remember looking up to the sky which was cloudy today but you could still see the sun shining though. As I looked up I just wanted my head to clear, I wanted to stop my hands from shaking, I wanted to not feel like a failure, but most of all I wanted to protect my family from being affected by all the pain I was feeling. As I drew my eyes back to the motorway I noticed my shaking hands were no longer shaking but instead had taken a tight grip of the railing on the bridge, my left foot was now placed on the bottom of the railing and suddenly maybe I found a solution, I could make all the noise from my head go away, I could protect my family from my pain by simply taking the problem away. I felt myself leaning towards the motorway. Maybe I’d just found my destination.

Since that day, things in my life have totally changed. Since I found the strength to speak out and admit the I needed help, that alone I was struggling to deal with these feelings. I walked from that bridge straight into my office at work and picked up the phone, I was lucky in the fact that I had medical insurance with work, I’d been given the leaflets and numbers to call many weeks ago, but had chosen not to use them, but now in that office I’d decided I had to make use of whatever help was available to me. After a conversation with the very nice lady on the other end of the phone I was referred to a shrink. At first I was against the idea, as in my mind seeing a shrink was all about being crazy and would involve me lying on a couch identifying  ink blots, but despite this, I knew I needed to try anything in the form of help. I needed to accept the advice given to me.

On my first visit with the shrink, after I’d spoken about my feelings and my childhood etc, I remember a look on his face as he looked down on his notes from the session then looked up at me, the look said it all, he was looking at me as if to say; How have you made it to 42 without seeking help before?!!!!!. At the end of the session I was diagnosed with clinical depression and acute anxiety; I’d been promoted! He recommended I attend group therapy, and I will always remember what he said to me that day about this form of therapy; “ You will meet some great new friends and will really enjoy these sessions” I remember thinking; How’s that going to work, your going to stick 10 or 12 miserable people in a room and expect them to make friends with each other?!!!!!. I imagined how the phone calls to each other would go. “ Hi, what’re you up-to today?’ “ I’m avoiding bridges, what about you?” I really didn’t believe these sessions would help, or that I’d make any kind of new friends, but I had to try them.

Unbeknownst to me, those group sessions were about to change my life in so many ways. Meeting that group of people on that first day I would never have imagined how it would help turn my journey with depression and anxiety into such an amazing adventure. Those sessions where really the beginning of something amazing. Whilst in these sessions I soon realised that although the therapist leading the sessions was needed, it was in fact the group that began to really support each other, we found strength and support in each other, we found using humour about our situations helped, because we were all on this journey together. We found an openness when talking about ourselves, an openness to be honest I don’t really think I’d had for a very long time. That room quickly became where we could be ourselves, without fear of judgment or ridicule, once we entered that room we left the stigma attached to these ‘conditions’ behind, and without that weight on our shoulders and each others’ support we began to find it easier to move forward.

It was that support and how we began to work together that gave me the idea of DEpressON, an app that would embrace our experiences and learnings. We had been advised to download several different forms of apps that could possibly help us, but both myself and others in the group found these apps clinical and sterile in their approach and look. We tried them but each one felt too detached from our real needs, they lacked something and we all quickly stopped using them. I suggested in one of the groups my idea for DEpressON and was taken aback if I’m being honest by the enthusiasm and excitement towards the idea, not just by the group but also by the professionals leading the sessions. The last few sessions of our CBT almost turned into a workshop around the app, with everyone adding ideas and suggestions, and the idea began to grow from there.

This is where my journey really became an adventure. Who would have thought that day on the bridge would of ended up with me having my own business, being invited all around the country to talk publicly about this Journey? I wouldn’t, but the darkness actually helped me find the brightest light. My story, because I found the strength to tell it, has not only changed my life but many others so far, and I know it will change many more. At the beginning of this journey me and wife were getting divorced. We are now still happily married, and now have a new addition to our family, Poppy. Her middle name is for a reason; it’s Hope. Because together we make a difference, together we make this journey an adventure. 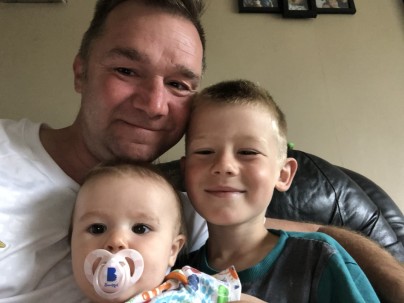 If we have hope, we have tomorrow, let’s make tomorrow Amazing.

My own experience with depression and its potentially life-ending consequences took me on a journey that I can now only call a journey to self-discovery.

The importance of support is essential to healing and that’s the plan. It’s all I have been concentrating on for the last year; talking, meeting and connecting with people and industry experts. We want to help people with DEpressOn – PRESSon. Let’s walk together and make a difference.

Can  you relate to Colin’s journey through darkness to recognising your own light?

Would you like to share your story of HOPE in this blog and for Kelly’s KindaProud book:  #EmergingProud through Suicide?

Please contact Kelly at: kelly@positivityprincess.com  to find out how.