Pete Cossaboon from Alabama, US, felt like he had nothing left to live for; until a long conversation with an ‘Angel’ made him realise he had the power to create his own reality. Here Pete tells us his story from suicidal to transformation Mentor… 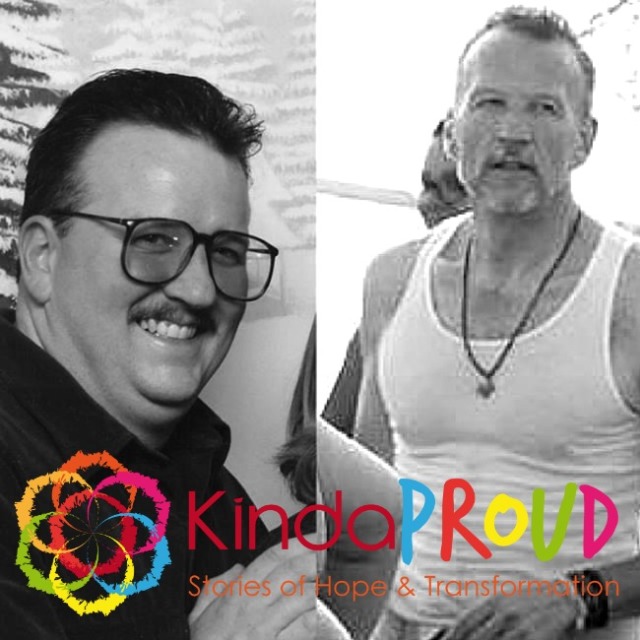 I had a choice.  A very clear and distinct choice.  In my right hand was a bottle of Southern Comfort.  My left hand had a plastic ziploc bag of four bottles of pills filled with antidepressants and anti-psychotics.  I already had the CD in the player in my red PT Cruiser sitting in the garage of my favorite music.  I was standing in the half stairwell that went from the living room into the garage.

All I had to do was climb into my little car that was always there for me.  Just sit down, put the key in the ignition, swallow the pills with the alcohol, and just slowly slip away.  All of my problems solved.  My suffering and pain that had been present my entire life gone.

But I had a problem.  I knew my daughter would be the one to discover my corpse.  I couldn’t do that to her.  I just couldn’t.  Also, there was a tiny voice.  Faint yet persistent that kept telling me that there was something cool around the corner.  The voice kept saying that I was going to miss out on something.  Something beyond my current level of comprehension was out there.  A collection of moments and experiences like pearls on a strand that would die with me, never having the chance to be alive.

It was all gone and it was all my fault.  I had even lost my own self respect.  I couldn’t stand my own reflection in the mirror and had to shave looking out of the side of my eye for six months until I could fully look at my face in the looking glass and see the soul that dwelt inside me.  How could I even continue to breathe when the enemy was myself, the me that I needed to take in air for?

I could do it out of love.  Love for my daughter, love for the possibilities that that little voice kept telling me were out there.  Did I know what those possibilities were?  I didn’t even have a clue.  I couldn’t see or imagine anything except for the pain that I was currently in.  And I was so tired.  So tired of existing.  So tired of pretending that everything was okay.  Worn out from never letting anyone know what I was going through.

I began my fight for life that night.  I called the suicide hotline four times and each time they hung up on me.  All I said in my drunken voice was, “I need hope.”  Then I would hear a dial tone.  I slowly typed suicide help into my phone and pushed on the number that showed up.  A male nurse in some emergency room in some hospital in Tennessee talked to my for almost three hours and helped me to stay alive.  I don’t know what number I dialed or who that angel was but I am here today because he was there for me.

I realized that all of my fears except for one had come true.  A few months after this night talking with a new friend, I said almost exactly that to him.  He asked me if I knew why and I said no.  Then he made a statement that began me on my path to enlightenment.  He said, “They came true because you have been focusing on them.”  A light in my head went off.  I realized that I had been placing an order with the Universe by concentrating on all of my fears.  I thought that if I could figure out how to deal with my fears that I could conquer them.  Instead, like a magician, I conjured them.  I made them true by my attention to them.

From that moment I began my path towards mindfulness.  I became aware of the me behind me.  I started to open my eyes and see who we truly are, what we truly are, why we are here, and what is possible for us.

Many of those pearls on that strand have revealed themselves to me since that night and they have been beautiful, enchanting, and not at all what I expected.  Find a way to survive.  Look for someone to help you.  Never give up.  Things do get better when you allow them to.

Does this subject resonate with your own experience?

Would you like to share your story for Kelly’s KindaProud book, #EmergingProud through depression, anxiety and suicidality?

Pete Cossaboon, known as The Angel Encourager, is an Angelic Intuitive Medium.  Since 2014 after going through a radical shift in his own personal Spirituality, he has been helping individual clients, a few pets, and groups to tap into the wisdom from the Archangels and transitioned soul energy.  His clients have experienced physical, mental, and emotional healing leading to an increase in joy, peace, tranquility, happiness, and all over wellness.

Believing there is so much beyond “The Secret”, an avid follower of Abraham Hicks, Tony Robbins, Oprah, Ellen, and so many other teachers, Pete has taken the knowledge and intuition from mentors on this Earthly plain and from the higher realms to bring radical Love to this world.  His Spiritual connection combined with his voracious appetite in studying quantum physics and his degree in Mathematics has given him a view of the world that makes his teachings relevant and timely.

Believing this world is starving for leaders, he has taken on the role of mentor to teach and heal a world in pain and suffering.

Does this subject resonate with your own experience?

Would you like to share your story for Kelly’s KindaProud book, #EmergingProud through depression, anxiety and suicidality?