Sue bravely shares her ‘blooming’ inspirational journey through trauma and abuse to spreading seeds of Warrior hope to others. 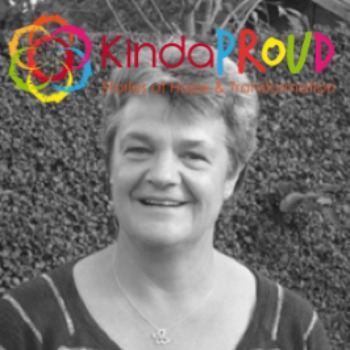 If we plant a seed in a desert and it fails to grow, do we ask what is wrong with the seed? No. We must look at the environment around the seed and ask, what must change in this environment such that the seed can grow? (Deegan, 1996)

I’ve written this piece essentially as a survivor of repeated childhood abuse; abuse that left me with intense feelings of fear, powerlessness and shame; abuse that seemed to infect the very essence of my being (my soul) and abuse that almost succeeded in annihilating my sense of self and left me feeling worthless, unlovable and that I had to apologise for my very existence.

There’s been an endless debate going on in my head about where to begin this particular piece of writing – at the beginning would be the obvious place which for me might be the day I came into this world as an innocent & helpless tiny baby. But my story of healing really began on the day when the warrior within me, my spirit, woke up.

Being a keen gardener, I like to compare that warrior to a seed, a seed which over the years, had been bruised and beaten and denied the sustenance it needed to grow. At times it had gasped for breath, and searched desperately for water so that it might at least remain intact, but the environment around it was often barren, and yet somehow it had managed to survive those years in the wilderness.  That brave and resilient seed had waited patiently as it held on to hope, held on to a dream that one day, given the right conditions and with the right help, it might take root and start to grow into a blossoming & colourful flower.

Of course, a seed doesn’t just turn into a beautiful flower overnight, and most cannot begin to grow without help. This is where a gardener is necessary, to nurture the seed, so that it will blossom and flourish. The gardener must pay attention to its needs, plant it in the right soil, water it and ensure that it is fed – basically love and care for that seed until it has spread its roots and is able to love and care for itself. A gardener must also have the courage to take risks, to perhaps place the young seedling outside, away from the warmth and comfort of the greenhouse, despite the risk of a frosty night or insects which may destroy it.

Over the years, I had existed and survived by looking outside of myself, too frightened and ashamed to delve into what lay beneath my skin. I had grown up in an ordinary family, the youngest of three siblings. I’d attended ordinary state schools, gained average grades in exams and  travelled for a while in a few other countries. I gained a degree in European languages, found employment and got married. I gave birth to two beautiful and unique daughters and at the age of 35, I became pregnant with my third child – to the outside world (and to me) then my life would probably have appeared straightforward.

But, I had a secret, a secret from childhood that I shared with only one other person. I was made to believe that the consequences of sharing this secret with anyone else would be devastating, that no-one would believe me, and that I would be seen as wicked as well as crazy and so whenever I was asked about my childhood I became so overwhelmed with terror and shame that I remained silent – or rather, I was silenced.

Somehow I skilfully managed to hide that secret until the age of 35 when I gave birth to my 3rd child (a son) and where, during labour, an ordinary internal procedure would be the trigger for those memories from childhood and that secret to rear their ugly head and manifest themselves in a truly distressing way. Shortly after my son’s birth, and in need of some support I came into contact with statutory mental health services – and a journey that was to last 18 long and at times desperate years began. And so, I write this piece also as a survivor of the Mental Health system.  I specifically choose to use the word survivor here, because at the end of those 18 years, above all else, I felt re-traumatised, my sense of shame had risen to a toxic level and I felt I had been silenced once again.

I feel this way, because instead of helping me to explore, make sense of and understand the reasons and causes of my intense distress, the psychiatric diagnoses and labels I was given simply left me feeling that the very core of me was being questioned. I felt my experiences of abuse were being ignored & somehow irrelevant, I felt more ashamed and guilty, and I felt I was to blame for responding to trauma in ways that were judged as negative, irrational, inappropriate, destructive & harmful. Although from my perspective I felt I was reacting sanely to an insane situation.

By the time my son was about to celebrate his 17th birthday I had become one of those infamous revolving-door patients – I was simply a set of numbers from the Diagnostic & Statistical Manual of Mental Disorders. I had slowly become dependent on doctors, nurses, locked wards, cocktails of medication and ECT and believed that this was the only way to keep me alive and existing.

What I didn’t realise during those 18 years however was that the power imbalances that exist within the MH system especially those between doctor & patient, mirrored the powerless situation I found myself in as a child and over the years, misuses of power had posed a very real threat to me – to the extent that in childhood I often feared for my life.

My responses to that threat manifested in ways such as almost complete disconnection both from myself and the world around me, self-harm, suicidal thoughts and attempts, the abuse of alcohol and cannabis, anger and at the same time meekness and submissiveness as well as an intense need to please others. And rather than seeing those responses as sophisticated coping mechanisms that I was using in order to survive, they were seen as symptoms of an illness, a disorder or a syndrome, symptoms that needed to be got rid of with the use of medication and electricity, by a mental health system that seemed intent on medicalising my distress.

And so after almost two decades of being caught in the MH system the abusers words seemed to have come true – I believed & felt that not only was I mad but I was also bad.

By November 2013, my spirit felt completely broken, I felt disempowered, dehumanised, re-traumatised, hopeless, isolated, ashamed, terrified, guilty and angry, but most of all I felt desperate. I believed the time had come to leave this world for good and I put together a solid plan to end my life – I chose the method I would use and a comforting place where I would spend my final moments. I did my best to write a meaningful letter to each of my children in an effort to explain my actions.  I organised my finances so that my family would not have to worry about the cost of funeral expenses and I wrote a will.

But that warrior that seed – essentially the essence of me – would not allow me to carry out my plan.

On the 6th November 2013, it was decided that I should come off, overnight, the cocktail of psychiatric medications I had been taking for 17 years, and my world was turned upside down. Whilst this rather brutal decision was made for me and I had no choice in the matter, it proved to be one of the most defining moments in my life so far. Little did I know it at the time, but the moment had arrived where I would now have to search for a gardener and the right environment where that seed could be nurtured.

In the depth of winter, I finally learned that within me there lay an invincible summer.

Four years later, it turns out that the head gardener was me, and although exhausted, I am grateful that I am still here to tell the tale. I am now living and not just existing, I remain medication free, I parted company with statutory mental health services three years ago, and am slowly managing to confront and deal with the damaging effects of that toxic secret with the help of a private therapist.

It has taken every ounce of courage, strength, determination and passion that I possess and I am gradually finding ways to nurture that seed within me, allowing it to spread its roots, to grow and to flourish. But I haven’t done it alone, there have been “other gardeners” (my children, my friends, my work colleagues, my peers and my therapists), whose courage, strength and love have created an environment around me that has helped me to feel safe, empowered and connected.

There is one more gardener who I must not forget to mention however – without her courage, strength and love I would not be here today, writing this piece. That other gardener is the little Sue who kept that seed alive with her bravery, sheer stubbornness and outright bloody-mindedness, and managed to survive the abuse she was subjected to.

Does Sue’s inspiring story resonate with your own?

Would you like to share your transformation story for Mandy’s KindaProud book, #EmergingProud through Trauma and Abuse?

Please contact Mandy to find out how by contacting her at: ambrieleve@gmail.com

Stay strong through your pain

grow flowers from it

you have helped me

grow out of mine so 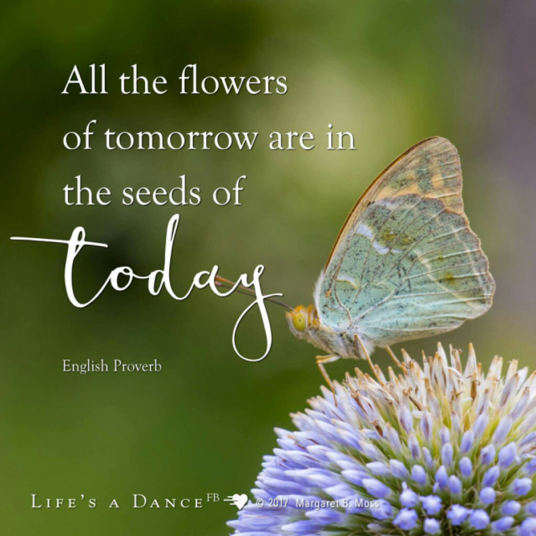 Deegan, P. (1996), “Recovery and the Conspiracy of Hope”, A Keynote Address at the Sixth Annual Mental Health Services Conference of Australia and New Zealand, Brisbane, 16 September.

Does Sue’s experience resonate with your own?

Would you like to share your transformation story for Mandy’s KindaProud book, #EmergingProud through Trauma and Abuse?

Please contact Mandy to find out how by contacting her at: ambrieleve@gmail.com