A Day in the life of Julian of Norwich; fortnightly story series

One of our regular offerings for the Caravan of Unity bridging events between today, #EPday2020events, and the World Peace events series throughout September is this story series based on the theme of ‘Awakening’;

A Day in the life of Julian of Norwich; fortnightly story series hosted by ISISIALLTHINGS

Julian of Norwich was a 14th Century mystic and visionary who understood the power of mindfulness and contemplation on our higher nature and sense of gratitude for life itself.  She became fully awakened when she had an NDE (near death experience) at 30 and was shown the totally unconditional love of the Source of all that is. The 16 visions she received sustained her spiritual inner world for over 40 years in self- isolation through many plagues, during which time she was inspired to write a book, “Divine Revelations of Love”.

Our host for this series, Denise, says;

I feel it is paramount in these challenging and fear based times, that we look to what sustained her fierce tenacity now that we find ourselves in long-term quarantine and economic downturn for many years to come.  To focus on our inner light is of paramount importance to sustain us.

Shocking as it may seem that she willingly chose this self-isolation, there were many benefits to the Anchorite life in medieval times which we will see, as I narrate her story as if I were Julian herself. My book “Rising from the Ashes of Jehovah’s Witnesses” on Lulu.com https://www.lulu.com/spotlight/Freespirit369

What was it like to wake up in 1413 in a medieval stone church cell as a Catholic Anchorite and begin the cold light of dawn with prayer and thoughts of gratitude? Find out how A Day in the Life of Julian of Norwich might have felt.

Follow the blog to keep updated on this story series, Part 2 will be shared on 26th May. 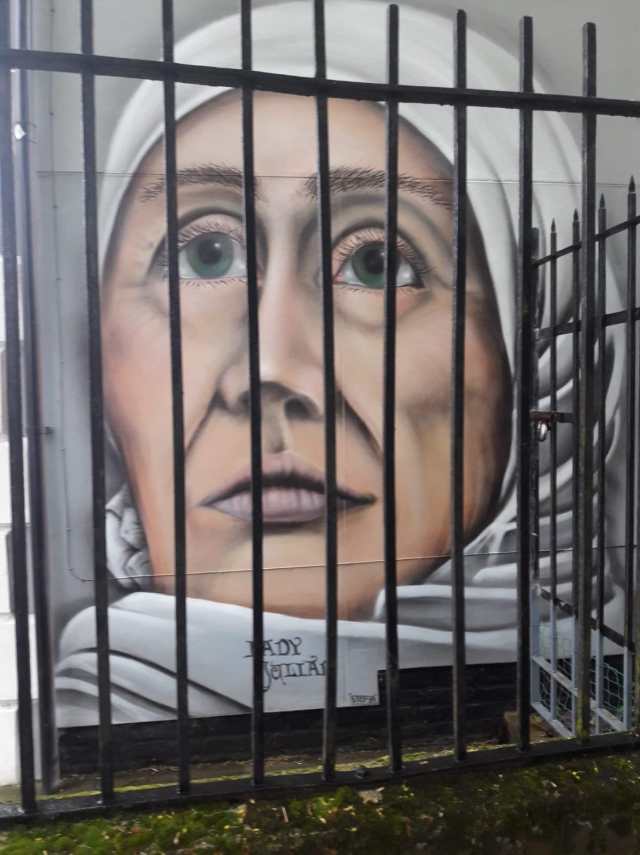