Disempowered by the imposition of ‘care’ from services, Rachel has continued her quest for deeper meaning, and has found her spiritual practices have helped her to more deeply listen to her own suffering and that of others with more patience and compassion.

Rachel’s story is unfortunately not uncommon; services operating from fear and not stopping to give space to the individual’s perspective about their situation before enforcing an intervention. It’s understandable that Rachel’s dietary situation was a cause for concern, but if action could have been taken in a way that Rachel describes below; through a meeting of souls, infused by love and acceptance on both sides, then perhaps medication and diagnosis could have been avoided… 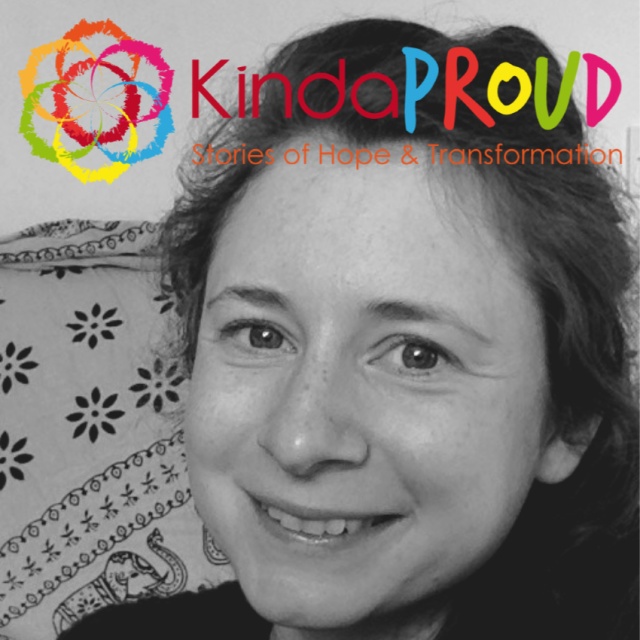 Then, one day, in order to facilitate my focus on meditation and spiritual study, and also partly to heal my digestive problems, the idea came to me to embark on an extended fast. This idea was validated by accounts I read online of how people had become physically and spiritually stronger and brighter through fasting. And so, for between 30 and 40 days, my diet subsisted of just water and the occasional glass of beetroot juice. I meditated extensively, read spiritual texts, particularly the Vedas and the Dhammapada, and while I began to realise just how much of a challenge it is to tame and train the mind, I also felt as if I had gained a spiritual purpose. Reading the scriptures, I felt a resounding affinity with those from throughout history to today who had embarked on this journey to realise the Self.

Meanwhile, after having had the results back from some blood tests, I agreed to eat again. For the doctor, this wasn’t soon enough, and my family, being concerned about my wellbeing, drove me to hospital. Upon declining medical intervention and then, after feeling I didn’t want to engage with the questions being asked, and consequently failing a capacity assessment, I was then sectioned under the Mental Health Act and detained in a psychiatric unit. From here, I was moved to an eating disorder unit and a feeding tube was inserted into my body. For the first night, I sat upright in meditation as two nurses held down my hands on either side, in case I tried to pull out the tube. This was something I never tried to do. The second day, the psychiatrist approached me about putting me on some anti-psychotic medication. I was shocked. Nonetheless, I explained to him in what I felt was a calm and rational manner why it was neither a helpful nor an appropriate idea. He said nothing and so begun a course of medication which I have been forced to take, on and off, from then and continuing into today. The medication had no discernible impact upon my state of mind, however, particularly in the early days, it did make me incredibly tired. This need to sleep most of the day was, I think, enhanced by what I felt was an excessive eating regime at the eating disorder unit – 6 meals (3 main meals and 3 sugary snacks a day) and if you weren’t completing your meals, then back on the feeding tube it was. The suspicion from the doctors that I had Anorexia was eventually replaced by a diagnosis of Dissociative Disorder.

Since this first admission to the eating disorder unit, I have been in and out of hospital, both the eating disorder unit, and then, after my husband and I moved somewhere else, to a medium-secure psychiatric unit. The explanation from the doctors is that when I am on the medication I am well and when I come off the medication I fall ill again. For me, this explanation relies on a very narrow and prescriptive definition of what it means to be ‘well’ and does not take account of the validity of experiencing reality in a deeper, albeit sometimes more overwhelming, richer way. One example that I feel is symptomatic of this attitude which confines normality to a particular set of social and cultural standards, is that in the psychiatric unit where I have been a patient a number of times over the last few years, one marker of whether I was ‘getting better’ was whether I wanted or had chosen to (when I was given more freedom of movement) go to the nearby Tesco supermarket.

In contrast to the strict routine at the eating disorder unit, the psychiatric unit lacked any structure. Nonetheless, by this time, I had developed my own routine of meditation, yoga, mindful slow walking and reading, particularly in the mornings and evenings, which I found helpful. According to the consultant, however, the fact that I was more unresponsive at these times (when I was meditating) was a sign that I was particularly afflicted by my ‘illness’ (which had by this point been re-diagnosed as Schizophrenia).

Despite the oppressiveness of the situations I have found myself in within the mental health system, light and grace have managed to find ways into my life. In the eating disorder unit, for example, there were a handful of nurses and health care assistants with whom I had some wonderful interactions. They too were embarking on a journey of their own spiritual discovery and so we would share insights together, swap books and interact as equals, as spiritual comrades, in spite of the risk (and one occasion actuality) of them being reprimanded by the consultant for ‘encouraging’ me. Another gift at this time came in the form of being asked by staff at the unit if I would, on occasions, lead a weekly, hour long relaxation group. Leading patients and some staff through improvised guided mediations/relaxation exercises provided an opening for me to channel my wish to be of some support to others. This experience was a real privilege and something that I was able to continue at the psychiatric unit on an individual basis when asked by patients if I would teach them meditation. Perhaps partly because I didn’t want to perpetuate the judgmental tendencies that had been inflicted upon me by certain people, and perhaps also because of meditation having helped me to see my own suffering with more clarity and compassion, I found that more than at other times in my life I had a greater capacity to listen to the experiences of others. This led to several encounters with patients, some of whom had spent decades in psychiatric units, that really felt like a meeting of souls, infused by love and acceptance on both sides.

Although not always so easy, I have found it essential not to become angry or blame those who have led to my repeated detentions. The chances are that those involved are also suffering, and that is something I remind myself I would not want to add to by any ill-will on my part. Of course, I too make mistakes but the more I am able to practice kindness, tolerance, acceptance etc., virtues which arise from daring to look at and experience life deeply, the more I am able to find peace in difficult situations. In this way, I wish to offer encouragement to those who have or are facing similarly challenging situations not to give up on what they know in their heart to be good and true.

In the beautiful words of Zen master Thich Nhat Hanh: “Regardless of where you are, let us breathe in and out together, and let the Sun of Awareness enter.”

Have you #Emerged Proud through a diagnosis of ‘psychosis’ or ‘schizophrenia’ and want to join Rachel in having your voice heard about your own perspective of your experience?

To find out how to share your story for our amazing 5th Pocket Book of Hope;

#Emerging Proud through Psychosis and Schizophrenia