Although every account of a NOTE is unique to the individual, there are clear patterns that emerge through the stories shared, which seem to show how common themes of human struggle and survival connect us all at a soul level. Mick’s deeply personal account is no exception, in fact it clearly highlights the documented stages of a spiritual awakening; Repression of struggles – Trauma acting as a catalyst for change – Repressed emotions surfacing for healing – Growing conscious awareness – Healing and transformation. Knowing these stages are natural and don’t last forever is helpful when we are amidst a crisis; that the only way out is indeed through…

As Dr Mick Collins beautifully explains, in realising that his paranoia was the result of his living decades of split-off trauma and rage. He was able to learn probably the most important lesson on the journey back to wholeness; that the Ego (shadow) is not something to push away or fight against, but embracing it is actually an integral part of the individuation process. Here Mick explains how that was for him in his own painful personal transformation journey… 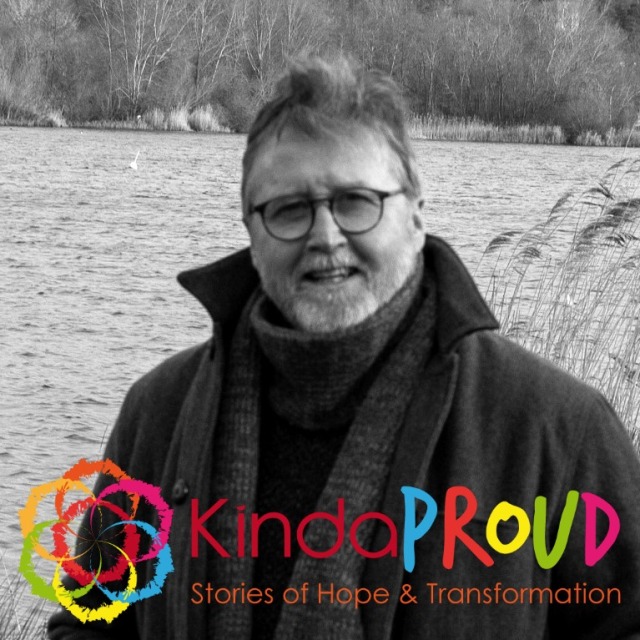 In 1956 my teenage mother became pregnant and after I was born my grandmother decided it would be best if I were adopted. The separation from my mother was complex, compounded by the fact that she was denied the opportunity to say goodbye to me on the day I was taken away. This life-changing event happened when I was three months old. Adoption works out well for many people, but there are risk factors that can impact adopted children and adults.

Today, the psychosocial effects of adoption trauma are much better understood, particularly the various difficulties that can multiply as children are growing up, which can include anxiety, depression and identity confusion. In the worst cases, adoption trauma can result in dissociation, anti-social behaviour, sexual promiscuity, suicide and homicide. Studies in the US have shown that adoptees account for 2% of the population; yet they are over-represented in mental health and criminal justice services. Some of these risk factors overshadowed my life.

My adoptive parents were in the military, which meant we constantly moved home. As an only child I quickly learnt that friends and social connections were transient, and that education had no continuity or meaning due to the lack of a national curriculum. Consequently, my life was permeated with an existential sense of loneliness and rootlessness, which was compounded by the highly unusual fact that my adoptive mum and dad both lost their parents when they were children. As far as I know, they had no siblings. My adoptive parents were good people who did their very best for me, but they also had their own complexities.

Despite my unconventional family situation, life at home was relatively ‘normal’ and mostly non-eventful. However, at times the atmosphere became unpredictable and volatile, which also resulted in me experiencing double binds that were confusing and disorientating. I did not know which messages to trust, so I withdrew emotionally and became a people pleaser. Yet deep down all was not well, as revealed in the nightly episodes of bed-wetting, which continued until I left home at seventeen. I also had a recurring paranoid fear that I would be hung for ‘something’ I did not do.

Throughout childhood I had very low expectations for my life. I left school at fifteen with no educational attainments and my first job was working on a building site as a labourer. It was not long before I started to go ‘off the rails’ and I appeared in court for the first time aged fifteen. It was a very troubling period of my life, which resulted in three further prosecutions for theft, threatening behaviour and possession of an offensive weapon.

An unexpected opportunity to change happened during a conversation with a kind police sergeant following my arrest for possession of an offensive weapon. He suggested I could do a lot better in life, and his non-judgemental attitude had a positive impact on me. I started reflecting on what I could do differently to turn my life around. When I appeared in court I was expecting a custodial sentence, but I spoke sincerely about wanting to join the army. Thankfully, I left court that day with a heavy fine, along with a deep resolve to try and change my attitudes and behaviours.

In 1974 I joined the infantry, which provided me with a real sense of containment, self-respect and belonging. My first posting was Northern Ireland, which taught me first-hand the impact of violence in a conflict zone. I left the forces after three and a half years. Between 1977-83 I travelled and worked around the world, which was liberating and a great cross-cultural education. Then, in 1983 I went for a two-day visit to see a friend who was living in a Tibetan Buddhist monastery and I ended up staying for three years. I immersed myself in Buddhist philosophy and meditation practice, whilst also learning ways to cultivate spiritual meaning in life.

It was during a short trip away from the monastery that I had a profound and life-changing numinous encounter, which happened whilst I was reciting mantras on a train. I suddenly experienced an overwhelming sense of love for everyone in the carriage. Everything was sacred and my whole body radiated bliss, which lasted for over two days. On the third day the experience gradually started to fade, and by the time I returned to the monastery I was starting to experience an extreme state of consciousness. I was overwhelmed by violent and murderous impulses, which catalysed a descent into a living hell that lasted for over two years.

A saving grace during this time was having met an Indian psychologist and former mendicant, who had worked very closely with the great spiritual teacher, Jiddu Krishnamurti. He was well versed in Jungian and transpersonal psychology, as well as the world’s mystical literature. He thought I was passing through a transformative spiritual experience, and his compassionate manner was literally life saving. I held tightly to his words, as it was all I had. In 1986 there was very little appreciation of such transformative processes in mainstream society. Stanislav Grof’s book on spiritual emergency had not yet been published.

During my spiritual crisis I thought I was possessed by evil and on one occasion I came close to suicide. I was very troubled by the violence and murderousness within me, and I decided that I would rather end my own life than hurt another person. Yet I somehow managed to find my way through this dark night of the soul – alone. Eventually I discovered the work of Carl Jung, and I began to realise that I was not possessed by evil; rather I was possessed by the unconscious and decades of split-off trauma and rage. I learnt a very deep lesson about meeting the shadow and how it is an integral part of the individuation process. Occasionally, I still encounter experiences of vulnerability and dissociation, but years of therapy and inner work have taught me how to process these ‘complexes’ and focus my energies on healing and wholeness.

My life-long journey as a wounded transformer inspired my vocation as a health professional and academic. I worked for twelve years as an occupational therapist in adult acute mental health services and also in a psychological therapies team, where I integrated a transpersonal approach into my clinical practice. I went on to work as a university lecturer for 10 years and my research focused on themes, such as spiritual crisis, transformative potential and spiritual renewal.

Throughout my life I have encountered various extremes, but I have also learnt that these challenges are thresholds for deep transformation. I never imagined as a ‘confused child’ that I would go on to gain a PhD and become a published author. My books: The Unselfish Spirit and The Visionary Spirit emerged phoenix-like from the ashes of my spiritual crisis. Becoming a writer has helped me articulate the complexities of individuation and the blessings of transformation. These days my quest for wholeness includes forgiving others and myself for past mistakes, as well as trying to be more grateful, charitable, just and loving. It’s a soulful process and a work in progress.

We are no longer taking submissions for the #Emerging Proud through NOTEs Pocket Book of Hope, but if you have a story you’d like to share we’d be delighted to include it on the blog. Please CONTACT US HERE to find out how to go about sharing…

If you have a personal story that are relevant for our other Kinda Proud book titles, please CLICK here to find out how to get in touch with the Rep for your specific title, thank you for helping us to spread messages of HOPE  ❤