Christina from Sydney, Australia, transforms her pain into her purpose via a journey to self- heal

Christina’s story, as unique to her as there are individuals on the planet, is so resonant of the collective voices who #Emerge Proud. Discovering profound meaning in our pain; light in the darkness – this is something that echoes throughout the reported learnings of all NOTEs experiencers and Empaths.

We are so grateful to Christina for sharing her story of self- empowerment, and we couldn’t agree more when she says;

“As a “healer” my job is to hold space, channeling energy to help you understand the ‘why’ in order for you to heal your wounds”… As Christina discovered, we can only heal ourselves when we make the decision to no longer be a victim to the challenges that life throws at us to help us grow… 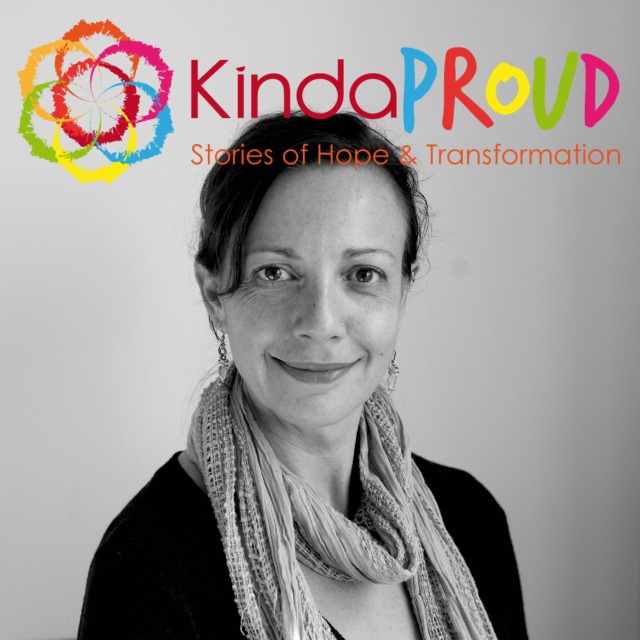 My name is Christina and my story goes something like this…

Proof that anything is possible if you believe.

I was born on an island called Cyprus and at birth, both my hips were dislocated but the doctors missed it. It was not until I was four years old, thanks to a persistent and determined mother who knew there was something wrong, that they realised what had happened and why I was unable to walk.

The doctors told my mum that if I were to ever walk, she would have to take me to England for the surgery I needed, and urgently, or I would be in a wheel chair for the rest of my life. My mother took me to England for the surgery. They placed screws in both my hips and I spent six months in plaster from the chest to the toes. I still remember when they finally cut the plaster off and I was able to stand up for the very first time. The freedom to be able to move again after feeling suffocated and unable to move for so long was incredible.

A year later I returned to hospital for more surgery to take the screws out. I was encased in plaster once more. History was repeating itself. The surgery was a success on the left hip but not on the right hip. I was experiencing pain. The following year there was a war in my country and my family fled to Australia.

The pain continued and at the age of twelve, my mum was told that I needed to have further surgery. It was decided that putting a screw in my hip would relieve the pain.

I spent my twelfth birthday in a hospital having my fifth surgery and was bed ridden for six weeks with my legs tied up in straps. This was followed by two months on crutches. During that hospital stay I saw my mum crying in the corridor next to my room and I made the conscious decision that I would never enter a hospital again or complain about the pain. The surgery was not a success. It only made the pain worse. It wasn’t until years later that I discovered that they should never had put that screw in.

By my early twenty’s the pain became unbearable at times. It felt like someone was stabbing me in the hip. The pain would shoot down my leg. It didn’t help that I was studying to be a helicopter pilot. The vibrations of the helicopter irritated it even more. I decided to go see a doctor as I loved flying. It was my escape from reality. I was told that the only way to alleviate the pain was to get a plastic hip. I was also told that the pain would get worse as I got older until I would be unable to walk.

That was the last time I saw a doctor. I had tried everything. I spent a small fortune on physiotherapists, healers, chiropractors etc but nothing really worked, not long term anyway. I used to think that physical pain was far worse than emotional pain. At least with emotional pain you could cry yourself to sleep and have a rest.

None of this was helped by the fact that I am an empath – something I didn’t realise about myself until I went looking for answers. What that means is, I can feel other people’s pain. I am very sensitive to the suffering on this planet. This, in turn, would make my own pain worse. There was a time when it became so bad that I began to think I was going mad. Certainly, growing up I thought my sensitivity was a curse.

However, on my journey through this life I have come to see being an empath as the great gift it is. I realised that it was up to me to heal my hip. My body, my responsibility. I refused to believe that I was sent to this world to suffer. I questioned what sort of “God” (grew up in a christian home) would create me in their image just to suffer, especially since I considered myself to be a “good” person.

In 2000 at the age of 32 I went backpacking around the world, not only to try and make sense of this existence, but also to find ways to heal myself. I was very fortunate to be invited to stay with medicine women in New Mexico and this was where I found my first genuine teacher, a Navaho. My healing journey began. I had always had a thing for native Indians, even as a little girl. I wanted to meet them, so this was a dream come true. It was an awakening. They helped me to remember who I am and to make peace with a world that seemed incredibly cruel and unjust.

As fate would have it, after my sojourn with these medicine women, I ended up in Guatemala where I spent six months studying with three shamans who showed me ways to heal my body. To my surprise it worked! I was able to release the pain! So I continued to pursue more studies, spending more and more time with Indigenous medicine people and shamans. You can check out my journey www.alkehela.com

This was the catalyst for my becoming a “healer”. I say “healer” but it’s not really a word I like to use, as only you can heal yourself. As a “healer” my job is to hold space, channeling energy to help you understand the ‘why’ in order for you to heal your wounds. I share the tools that helped me heal my body physically, mentally and spiritually.

A word of caution; if you find a “healer” who promises to heal you, they are talking out of their ass, so run. Only you can heal yourself.

The mind is a powerful tool. If you don’t believe you can heal it doesn’t matter what anyone does, you won’t heal because you have free will. Playing the victim does not serve. What you are going through is merely a lesson that you have chosen to experience. I learnt that you can use your experiences and wounds as the reason to be a victim and play the blaming game, or you can use them as an inspiration to become all that you can be and more. The choice is yours.

I am now 50 years old. My pain did not get worse. In fact, I am rarely in pain these days. I do not have a plastic hip and I’ve been able to trek through the Amazon, climb Machu Picchu, scale mountains and can walk for hours without pain. I actually feel better and am fitter now then I was in my 20’s. The things we take for granted! To be able to walk and not be in pain is truly the most incredible gift. I am so grateful. As a child I thought I was being punished, that I had done something terribly wrong. Now I know that it was the greatest gift. My hips, my pain were my inspiration to go out there and do all the things I dreamt of doing. Things I was told I could never do. To search for and find the answers and tools I needed to heal myself. Tools I now take great joy in sharing with others for use in their own healing.

“Live every moment as if it’s your last for tomorrow may never come.”

If you have a personal NOTE story that you’d like to share forNicole’s KindaProud book, #EmergingProud through NOTEs, we are taking submissions ONLY until Feb 15th…

1 Response to Christina from Sydney, Australia, transforms her pain into her purpose via a journey to self- heal