Dee from Maidstone in Kent has channeled the pain of her best friend’s suicide into campaigning for positive change in social housing law for vulnerable people, and we are Kinda Proud of her for all she has achieved! Dee tells us the tragic story that catalysed her passion… 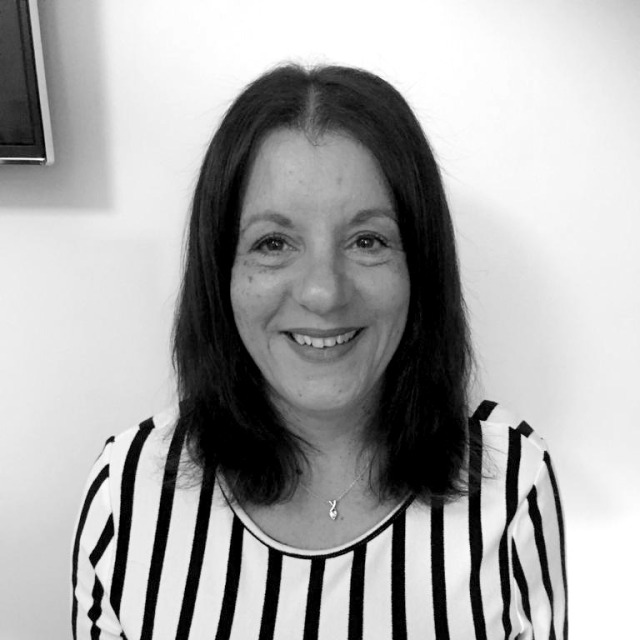 So what does “My Side of Suicide” feel like?

Initially, 18 months ago, it felt “horrendous”. A rollercoaster of extreme “highs” and “lows”. How could I feel “high” in such a dark time? The answer being the peace I felt “knowing” my hun was in a better place; his pain was over. This would lift my spirits, though just for a short while, along with the many memories we had made together.

But the “lows” would soon find me crashing again, when alone. The very person most would say was the strongest they knew, wanting to scream, shout and cry, yet there was so much fear, alongside such powerful emotions. Fearing it may never stop, I would lay motionless on my bed, knowing it was one of those “wobbly” moments, which would soon subside, yet so very scarily draining.

So “My Side of” Suicide” 18 months on, is now being written by a different version of me, for no one need tell me I’ve changed, I feel it every day. This different me finding new ways, strategies, goals to get through each day. For those who die from Suicide, their pain is passed onto those loved ones left behind.

So what did “My Side of Suicide” do?

I joined my local SOBS group; such a blessing, connecting with those that “get” you. I became very aware of various emotions surrounding suicide; loss, guilt and anger being prevalent for others. I can remember people saying to me in the very early days I would become angry. I feel blessed yet again. No, never!!! Why would I? That’s my hun; never a cross word was exchanged in life either.

I started a Campaign, to fill that void that will never quite be filled, for I’d lost my hun, my soul friend.

On reflection, remembering vividly not wanting to be 5 minutes without him, I’ve come a long way 18 months on, yet there’s still a long way to go too. My better days are so, my bad days will always remain so, there is no doubt of this and something I have somewhat resigned myself to.

So I literally threw myself into my Campaign to try remain focused to bring about change for others. I had little expectations, and yet there have been some incredibly overwhelming outcomes, including my hun being at Downing Street, the details of which can be read in the Campaign links below.

Give Up Your Pets or Your Home?

In Loving Memory of John Chadwick 💕

On March 16th 2017, my world was turned upside down, etched in my heart forever. Since then I made a promise to myself, that I would not just accept this tragedy had happened, by just walking away and saying nothing at all…

My very best friend, my ‘hun’, John Chadwick, became a victim to suicide on this day, after being forced to choose between homelessness and giving up his beloved pets, Theo, Tinkerbell and their feline best friend Gizmo. I feel it’s therefore vital to give some insight into my hun’s life and struggles, and certainly how his furbabies had such a positive impact on his mental well-being; indeed they were the difference between his life and his death….

My hun was born in Salford, and he eventually walked out of his troubled life some 12 years ago and became street homeless in London for a couple of years. He was found wandering the streets by St Mungos Homeless Charity. They had assessed he was in a vulnerable state of mind, his physical well being having been affected too. He had become addicted to alcohol to survive living on the streets, to get through each day. St Mungos placed my hun into their care and later transferred him to a detox unit in Kent. From there, my hun was transferred to Kenward Trust, in Yalding, Kent, in 2007, a Drug and Alcohol Rehab. He completed a 6 month rehabilitation programme and later secured a tenancy with a private landlord in Maidstone, Kent.

I met my hun in 2008 and was so inspired by his story, I too became employed by Kenward Trust in 2010, and continue to work for them to date.

So my journey with my hun had begun, little did I realise the full impact of this until after his tragic death…

In 2009, my hun walked back into his life in Salford as his father had become ill. On his returned to Maidstone, those old feelings he thought he had faced in therapy came back and he relapsed heavily. He was detoxed and returned back to the community some 2 weeks later. My hun had left the gay clubbing scenes behind him in Manchester, and as I felt he needed a purpose, I got him a kitten called Gizmo. A couple of years later he acquired Theo and Tinkerbell, 2 Jack Russell cross puppies, and his family was complete, they were his furbabies. 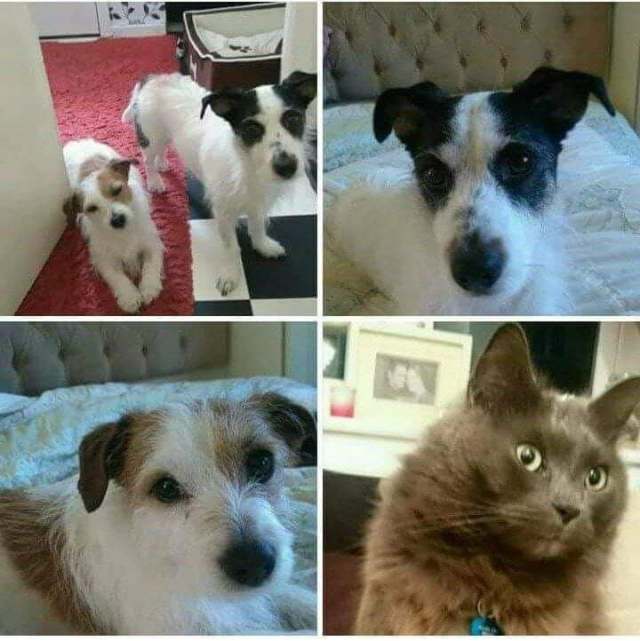 My hun had a small close network of friends here in Maidstone, and would accompany my family for Christmas Dinner; he was part of our family. I was always aware that his Mental Health presented as a “quiet” condition, no one would really ever know just by speaking with him. He was a gentle and kind man and one of the most grounded people I knew, our 9 year friendship was so consistent. He was loved and respected by all that knew him.

The unconditional bond he had with his furbabies, Theo, Tinkerbell and Gizmo I cannot fully describe, it wouldn’t do it justice. When I reflect upon the memories no one can take from me, tears well instantly. His furbabies absolutely adored him as much as he did them; an unconditional love that cannot be fully expressed unless you had been there to experience. When I say we as his friends were not enough for my hun, it’s no reflection on us as people, my hun loved us all dearly, there is no doubt in my mind of this…but his furbabies were his everything…

My hun was later served with a section 21 at Christmas 2016, as the private landlord wanted to sell up. I knew then this wouldn’t end well, having worked in a housing related role, I knew he wouldn’t be able to take his furbabies to temporary accommodation and highly unlikely a permanent tenancy would allow them either. He was evicted on March 6th 2017 and after a meeting with the council he was placed in B & B. That was the last time my hun saw his furbabies and his mental well being deteriorated rapidly.

He was quickly offered a flat by the council on the 7th floor and where animals were not allowed. Their so called duty of care was to house him ,without looking at the bigger picture and the evidence provided regarding his previous homeless issues, addiction and the therapeutic benefits his furbabies gave him. He needed them to wake up to and go home to at the end of each day. They gave him a routine, were a great source of comfort, and impacted positively on his mental well-being. I advised the council that he wouldn’t survive without them. Theo and Tinkerbell had become distraught without him, and they were also sperated from their feline best friend Gizmo.

On March 16th 2017, my hun took a fatal overdose of prescription medication and alcohol at the B &B, after sending a goodbye text to myself and his best friend Shane, who was caring for Theo and Tinkerbell. My hun told us he loved us and would wait for us. This was also the anniversary of his mothers passing, someone he loved dearly.

I later started a Campaign calling for a Positive Pet Policy in Housing, I remembered thinking after my huns death; “what he’s dead and that’s that??!! Am I supposed to just walk away now?”

My campaign is not to proportion blame, it will not change what’s happened. But by keeping my hun’s memory alive, his tragic story may help prevent this happening again, becoming part of a much needed change for all. Suicide/mental health is a very misunderstood subject, one which many avoid to discuss, therefore leaving those who suffer, to do so in silence. Pets are proven to have therapeutic benefits impacting positively on physical and mental well being, particularly for those deemed as vulnerable, alone or homeless.

Since the Campaign really started to take off towards the end of last year, I have been truly overwhelmed by not only the response from the public, but various organisations and the media alike, who have assisted with pushing the Campaign forwards.

In July 2018 a New Pet Policy was implemented by my local Council as a direct result of my huns tragic death and my campaign. Those who are now facing homelessness are able to take their pets with them to temporary accommodation if the properties are suitable to do so. However, in terms of more long term tenancies being offered with pets by Private and Social Housing Landlords, my local Council’s hands would still remain somewhat tied.

But, I will continue to Campaign for other areas to make changes to their Pet Policies. I’m aware this is no easy feat and there is no miracle around the corner, but I do feel truly blessed that the change was first implemented with us here in Maidstone, where my hun’s life ended.

Please help me campaign to other areas by signing the petition link below and circulating both this and the New Pet Policy News Link to continue keeping this important message out there that pets are a vital source of well being for many and are part of the family. 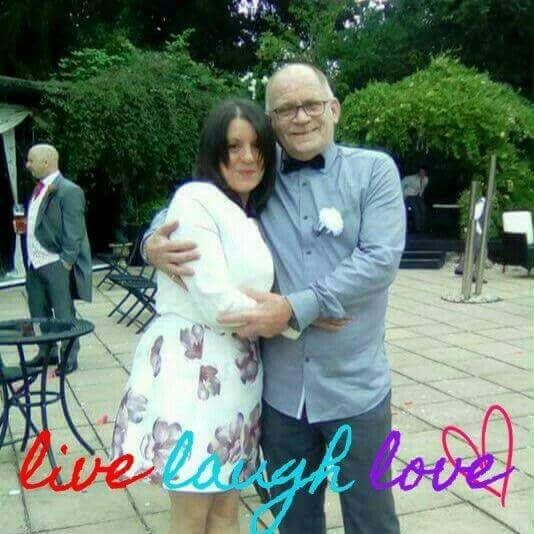 I have worked in Social Care since I was 18. I have two daughters and 4 grandchildren.

I have been a Drug and Alcohol Worker with Kenward Trust, Yalding, Kent since December 2010.

Do you have an inspiring story to tell which has resulted due to either your own suicide attempt or that of a loved one?