Introducing some of the wonderful #Emerging Proud faces for February! 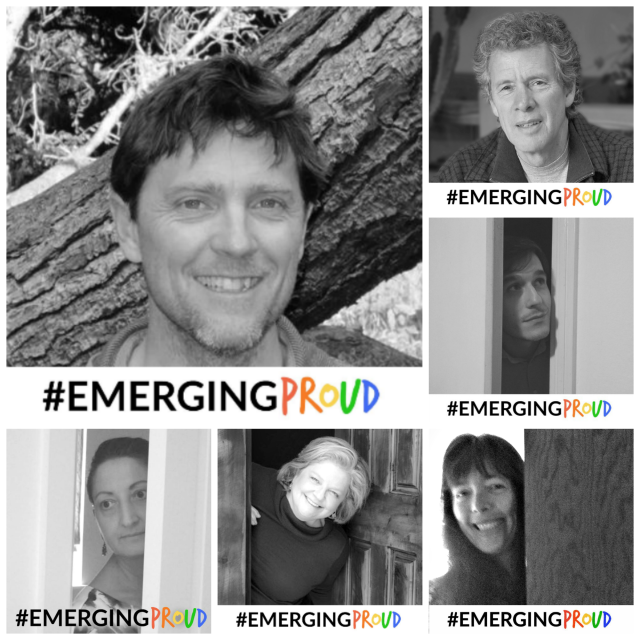 ” Mental distress is a portal into self- actualisation, providing a gateway into inner- consciousness, to the core of our being, and is only labelled as an ‘illness’ because of how we have been conditioned to understand it within Western culture.”

This was the message I channelled from the Collective Consciousness in 2012; that it was time our Western society must ‘Re- think’ our concept of ‘madness’.

Five years later, ‘Rethinking Madness’ will be the topic discussed simultaneously in 6 countries (so far) for International #Emerging Proud day on 12th May, and it’s with huge gratitude to Paris Williams for giving permission for us to use the title of his book for our Open Space title.

This week I’ll be interviewing Phil Borges, one of the Producers of CRAZYWISE about his own unexpected journey into the world of bridging Western Psychiatry with the Indigenous cultural perspectives, and bringing you exciting news about how we have united to ‘Rethink Madness’ together with you, all over the world.

So is it really possible to make changes to a system that is so entrenched? Absolutely; together we create the new and make the old OBSOLETE.

This morning I woke up to a beautiful message which proves the research to be correct; during extreme states what we need most is support, safe space and understanding:

I had a full blown PTSD crisis/psychosis as it’s called AND I managed to stay out of the psych ward with the help of my community and family. I rested in safety at…. place and …. checked up on me….This is significant for me because the last time I was hospitalized I was put on a long term dose of antipsychotics and it was a huge ordeal to escape that trajectory. …

By going through it without the lens of a pathologizing eye, I was able to avoid being made worse by iatrogenic illness. …

I feel so free knowing I can potentially get through it without being captured. When I was in the psych ward last, I vowed to make doctors that practice paternalistically, inducing more harm and trauma on people in vulnerable states, who then have to recover from that harm as well as the initial crisis, OBSOLETE.

Are you ready to join us on 12th May in Guernsey, London UK, New York USA, Brazil, Uganda or Hungary to start creating the new? Watch this space for more details coming VERY soon! SAVE THE DATE!

In solidarity for the shift,

1 Response to Introducing some of the wonderful #Emerging Proud faces for February!