Some of #EmergingProud’s history; Honouring the Rethinking Madness Movement in Brazil

The Rethinking Madness Movement in Brazil was inspired by the #Emerging Proud Campaign idealized by Katie Mottram. We launched the movement in the first annual event which took place on May 11th and 12th of 2017 in the city of Sao Paulo.

Our first event was also supported by a few associations, primarily ProSER – Health, Spirituality and Religiosity Program. ProSER is part of the University of Sao Paulo Institute of Psychiatry, which was also the location of our first event. ProSER has continued its support of our annual event until today.

It is important to point out that Sean had a spiritual emergency for which he was hospitalized in 1996, at the age of 30. In 2007 he decided to create the YouTube channel, bipolarORwakingUP to share his experience and complete recovery. After receiving thousands of emails from people all over the world, we became very intrigued as to why so many people undergoing difficult spiritual experiences were diagnosed with bipolar disorder and put on medication, usually for life. We have been researching and teaching about the spiritual dimension and healing potential of bipolar disorder ever since.

Sean published his book, “Am I Bipolar or Waking Up?” in 2011, where he tells his story in details. He created more than 60 videos graphically illustrating topics such as spiritual emergency, transpersonal psychology, and the spiritual evolution of consciousness, always demonstrating how these themes relate to transcending the bipolar condition. 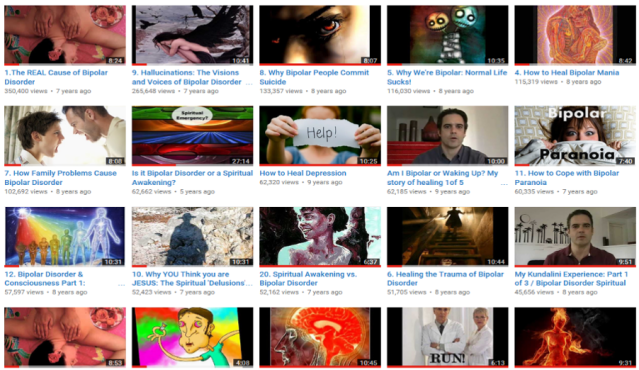 In 2009, we launched the social network, Alma Bipolar (Bipolar Soul), intending to raise awareness, as well as helping people to gain a deeper understanding of their experiences which goes beyond their diagnosis.

While working on this subject independently for a decade, we got to know other people and groups which were also interested in understanding these experiences more broadly. Sean helped to connect some people in the Netherlands and to organize the CRAZYWISE Conference in Rotterdam, which has been happening annually since 2014. The name CRAZYWISE was inspired by a documentary produced by Phil Borges which was shown in every country that held the first #Emerging Proud Day – May 12th, 2017.

In the midst of connecting with different initiatives, we discovered that Katie Mottram’s #EmergingProud Campaign had a purpose that was very much aligned with our social network, Alma Bipolar (Bipolar Soul). So, in 2017, these two movements merged into a new initiative, Repensando Loucura (Rethinking Madness).

Since the first Rethinking Madness event in Brazil, we have been developing a series of actions, always maintaining a safe space to talk about our spiritual/anomalous experiences. Although these experiences can be overwhelming, what may cause a lot of suffering, we validate how they can also hold enormous potential for transformation when integrated in a healthy way.

During the first event, we conducted a survey with all participants and used the results, which followed below, as a basis to build the Rethinking Madness website. Other countries that participated in the first #EmergingProud Campaign pointed toward the same needs:

The conclusion was that the need for change is consistent at a global and transcultural level. Outcomes from each country were consistent and quite simple considering the complex topic.

Here is the Repensando a Loucura  website where we have been making available all the information about these subjects in Brazil and abroad:

After the first event, we started a closed Facebook group, which now has 530 members, where people have been sharing their own experiences in a very free and open way, as well as different resources that helped them to overcome their crises. In the first two years, we did a series of live videos within this group, sharing a lot about Transpersonal Psychology, Spirituality and Wellbeing. 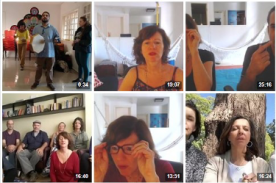 Our peer support community has been holding regular meetings for about four years. Besides creating opportunities where we can interact in a more enjoyable way, like having a picnic in the park, going to concerts or exhibitions, visiting Buddhist Temples, and even having year-end get-together, we also organize more structured monthly meetings.

In our meetings we use all kinds of arts to express and talk about our spiritual experiences: mandala drawing, poetry, dance and theater. We encourage the participants to share activities they feel helped them to deal with their crises, like yoga and meditation. We also bring opportunities to work in non-ordinary states of consciousness (for example, through shamanism or breathwork), so that we can explore the different aspects of the spiritual realm. 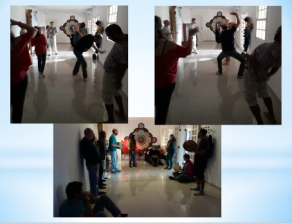 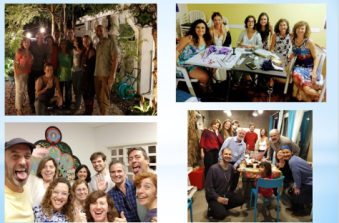 The main purpose of the Rethinking Madness Movement is to bring validation to the entire spectrum of our experiences, showing that they are an intrinsic part of human subjectivity. While we work in our self-knowledge and self-development, we evolve as human beings and species.

As a way to inspire more people to see that our evolution of consciousness is only possible when each of us does our part by bringing your own expressions to the world, we had been developing a variety of products, such as a guide inspired on the ISEN guidelines, bookmarks and a booklet with poetry, mandala drawing cards and books written by the experiencers.

All of this is being made possible because of the support of a small group of people in Brazil, all volunteers, some of whom have been with us since the beginning of our Bipolar Soul social network. We have also been supported by some international references in the field, such as, American Transpersonal Psychologist Dr. David Lukoff who participated through video conference in two of our annual events. Oryx Cohen, a peer support activist in the U.S., who in addition to participating by video in our last event, also took part in one of our monthly meetings: 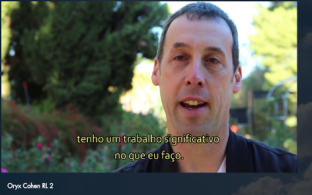 It seems that the time for a paradigm shift is becoming increasingly urgent because the current global crisis calls for solutions to mental health issues beyond pathologization. Finding new ways to understand the depth of our spiritual experiences demands a radical change in our model of consciousness, a new paradigm and a new model of understanding human experiences.

For that it is essential to seek a more open dialogue which should include: Psychiatry, Psychology, Spirituality as well as Peer Support Groups – the experiencers. Introducing this Integral Vision into the mental health model is the first step for us to have an impact on helping people who are facing deep emotional distress and feeling so alienated and misunderstood. 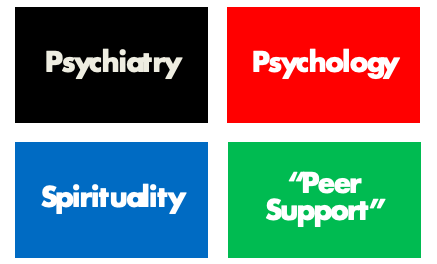 So, besides raising awareness, Rethinking Madness aim is to bring new approaches that can help us understand and deal with these experiences in a more helpful and safe way. One approach that is worth mentioning and was also presented in our last event by video conference is Open Dialogue, developed by Jaakko Seikkula and Markku Sutela in Western Lapland in the 1980s. It includes meetings involving the patient together with his or her family members and extended social network. Once again, giving more voice to the experiencers, as Katie Mottram #EmergingProud campaign proposes, is mandatory for this global change to take place. 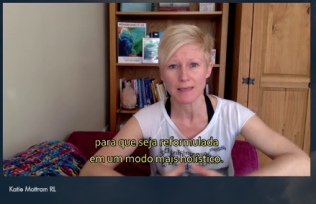 Another approach based on this Integral Vision initiative is Sean’s latest project, The Bipolar Awakenings Healing Retreat, which is designed to help people, who are currently medicated, work through their unconscious bio-energetic material. Sean’s retreat is unique in that it is solely focused on releasing the trauma and other emotional blockages, that are at the root of many mental disorders. 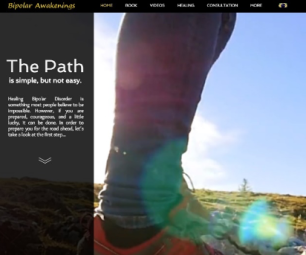 The Rethinking Madness (Repensando Loucura) annual event in 2019 was a confirmation that there is a growing number of people looking for opportunities to take the next step in trying new approaches that could help them explore their “disorders” safely, or that could at least give their dignity back by letting them speak up about what is important for them.

After 13 years, we plan to continue, presenting our initiatives at conferences in Brazil and abroad, always innovating, exploring different approaches and therapeutic techniques, and most importantly, giving voice to the experiencers through movements such as, Rethinking Madness, #EmergingProud, as well as the Caravan of Unity to whom the #EmergingProud movement will join forces from this year.

The time for change is now! With the global coronavirus pandemic in 2020, spirituality is finally being integrated as one of the main aspects of human evolution, helping us to comprehend that all the phenomena in the human psyche are an inherent part of our consciousness.

The Brazilian team have made HUGE efforts to inspire change over the last few years, and the #EmergingProud community is SO grateful for this and the ongoing collaborations… Viva Re-thinking Madness! ❤