My journey through Kundalini awakening by Alan Foulkes

My Story by Alan Foulkes 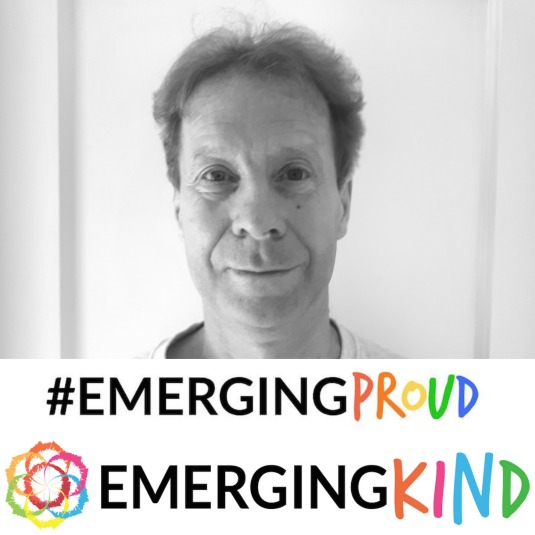 I had been going through an unusual period of extreme anxiety. I had been made redundant and was finding it very hard to get another job. A well of anxiety rose up.  I managed to settle this anxiety down and find more work but then found the same extreme anxiety re-surfacing as work became quite busy.

A good friend recommended that I went to an acupuncturist, and I decided to try this rather than take the anti- depressants that were offered by my GP.

I realised that this anxiety was from a childhood trauma that was finding a way to come to the surface, and I explained this to the acupuncturist.

During the resulting treatment I had very powerful energy moving up my body along my spine..it came all the way up to my head…the Acupuncturist kept on saying to me to open up…I did….I saw clouds like a William Blake painting, and in the middle the clouds started to thin…until….a golden light came through the clouds and whoosh…the energy went right up through my body and out of my Crown Chakra.

For 24 hours I felt blissful. I could see the oneness of everything, colours were very vivid, and I was very sensitive to other people’s energies.  I could not stand close to people with negative energy.

However, after 24 hours the experience changed. I felt the energy shift in my stomach, the anxiety came back with a vengeance. I could not function, go to work. Energy was coming up to my head and getting stuck, as if 1,000 watts was being put through a 40 watt light bulb.

I ended up being convinced I was dying, could not walk more than a few yards and spent 2 days sitting on the end of my bed waiting to die.

I was admitted to psychiatric hospital for 6 weeks which was a major trauma in itself. I was hearing flute music ( a common experience in Kundalini awakenings apparently) but realised early on that had to stop telling them what was really happening to me as it was all seen as psychosis, so did not tell the medics this. If I had I am sure I would have got the diagnosis of schizophrenia…I was actually given the ridiculous diagnosis of “psychotic depression”; at no point was I depressed…..just very anxious.

I was put on anti-psychotics and anti-depressants. At no point was I ever listened to. As I was trained in Reiki I had some understanding of Kundalini (and was very scared of it).  Even the most empathetic medical staff could not understand this; I had no validation of my experience.

After a difficult four months life returned to “normal”. I was able to function, go back to work. A year on a friend told me about the Emerging Proud Launch Event. It was an inspiring day and fantastic to meet other people who had comparible experiences.

I am now a trained Peer Group Facilitator in the Emerging Kind project and will be starting a support group in Oxford in September. I am also working with two others to set up a Kundalini Awakening Support group in London and a You Tube channel with interviews of people who have had Kundalini awakenings.  I am committed to working with mental health professionals to try to open their eyes to the fact that a significant number of people have spiritual emergencies, and they need to be listened to and have their experiences validated not pathologised.

I feel on a personal level that I have learnt a lot from my Crisis. I am much more spiritually connected, and the Kundalini process is unfolding now in more gentle and positive way.

I also feel that I want to do my bit to try to make this kind of experience less traumatic and more positive for other people. I am very grateful to Katie and others who have initiated Emerging Proud and the Emerging Kind. I have also applied to volunteer for the UK Spiritual Crisis Network.

I am a keen song writer and musician and I am recording a CD with the title “Healing”; the band is called Firegazer, and the album will be coming out in September (see http://www.firegazer.co.uk; note the website is in the process of being constructed and is not active yet).

There is so much is to play for….a crisis is an opportunity….but sometimes we need help through that crisis so we can meet that opportunity.

The following lyrics are from a song called “The Storm” which is from the album I am recording with the band I play with. I am the song writer for the band and the songs relate to crisis and the spiritual journey.
The album is called “Healing”.
This art work from the cover of the CD is by my friend Mario Coelho mariocoelho.co.uk 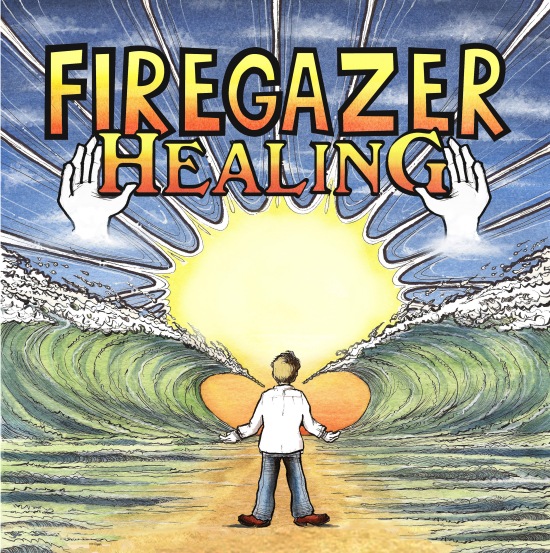 In the winter breeze

The Storm it starts to breathe

And now it can speak

A voice not so meek

Boats dance in the bay

I heard the news

Troops go off to fight

For what cannot be right

And the mind it screams

As the walls come down

Nothing much to see

Of the crumbling town

I’m by the sea

I turn and walk away

I’m by the sea

Keep watching the blog for more details on Alan’s Oxford film screening and Emerging Kind support group over the next few months! Thank you Alan, for bravely stepping out of the spiritual closet and sharing your journey with us – and now, for using your experiences as inspiration to support others; you are one of a Kind! ❤

2 Responses to My journey through Kundalini awakening by Alan Foulkes